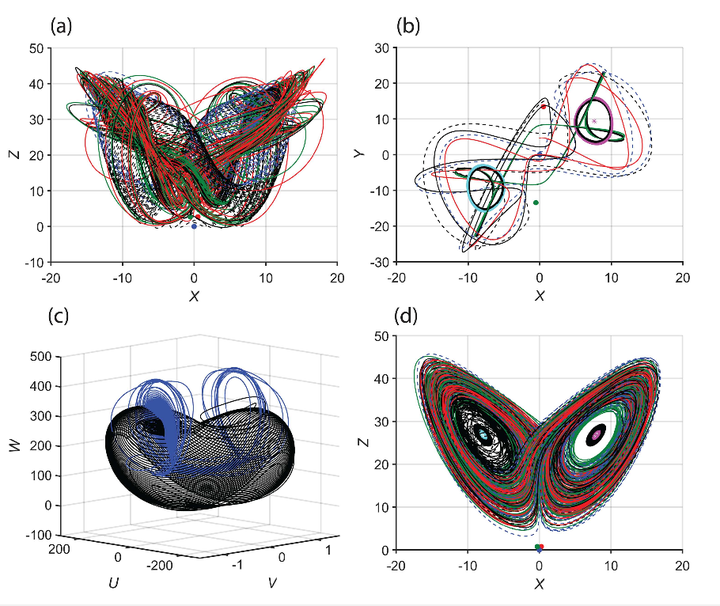 The Lorenz system is a simplified model of Rayleigh-Bénard convection, a thermally driven fluid convection between two parallel plates. Two additional physical ingredients are considered in the governing equations, namely, rotation of the model frame and the presence of a density-affecting scalar in the fluid, in order to derive a six-dimensional nonlinear ordinary differential equation system. Since the new systemis an extension of the original three-dimensional Lorenz system, the behavior of the new system is compared with that of the old system. Clear shifts of notable bifurcation points in the thermal Rayleigh parameter space are seen in association with the extension of the Lorenz system, and the range of thermal Rayleigh parameters within which chaotic, periodic, and intermittent solutions appear gets elongated undera greater influence of the newly introduced parameters. When considered separately, the effects of scalar and rotation manifest differently inthe numerical solutions; while an increase in the rotational parameter sharply neutralizes chaos and instability, an increase in a scalar-related parameter leads to the rise of a new type of chaotic attractor. The new six-dimensional system is found to self-synchronize, and surprisingly, the transfer of solutions to only one of the variables is needed for self-synchronization to occur.